While at the thrift store the other day I found two copies of the Little Golden Book, Donald Duck's Toy Sailboat. Once I had both in hand, I realized the covers were actually slightly different. I prefer the Donald on the newer edition, but think the chipmunks on the older one are much better. What do you think?

Here are scans of the covers as well as the inside page from both versions.
The first one is the Fourteenth Printing from 1975. The second one is from 1990. 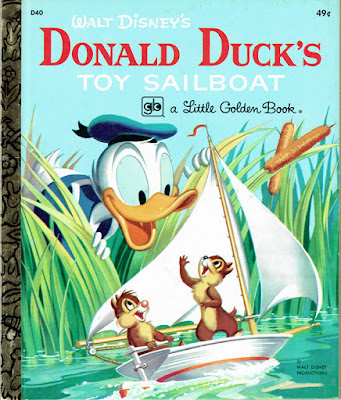 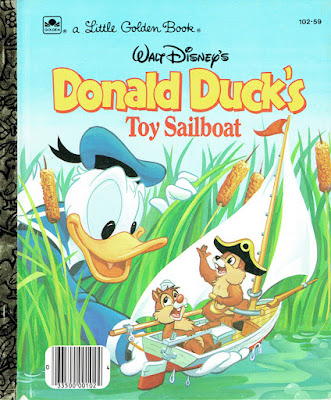 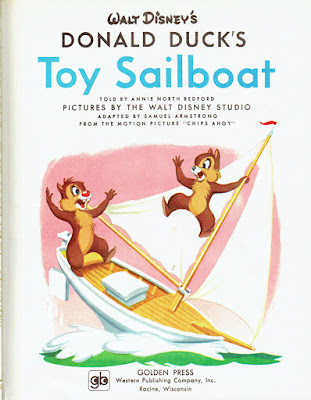 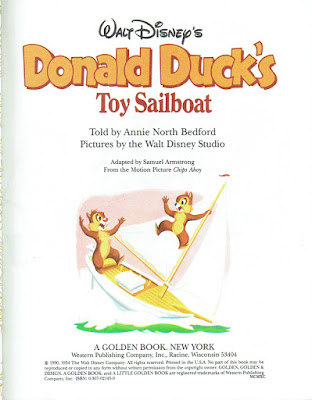